In the not so distant past, performing genetic tests seem to be a thing from sci-fi movies. But now, with the continuous advancements of science and technology, it has become possible to buy DNA testing kits over the web and have your DNA tested. The best part, you can search coupons from https://silocoupon.com/ to get additional discounts on the test kits you are about to buy.

There are actually many different companies that are marketing these testing kits, which offer people to unlock their genetic secrets in a reasonable price. And even though there’s a time when such tests were primarily marketed as a health service like testing for diseases and having better understanding of the body, that notion has somewhat receded. Today, many of the big names in genetic testing fields are pitching themselves as “ancestry” service. They do it with a promise of connecting long-lost relatives and even telling users which parts of the world their roots are.

What happens here is, customers will send spit samples to the company of their choice. Then it often takes a couple of months before they get a result. For this, they need to login to their accounts provided by the company.

The question is, how these services work in tracing the ancestry of client? As per experts, it basically follows several algorithms before arriving to the results.

By the time when the spit sample has been converted into digital file, it will be a string of A’s, T’s, G’s and C’s. These letters are the labels that are given to 4 nucleobase of our DNA or the letters to which are genes are written. 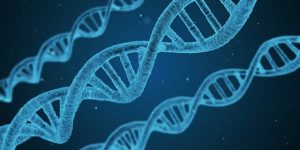 To the uninitiated and even to engineers and biologists who are studying them, these series of letters seem nothing. It’s simply incomprehensible. Simply, there’s no string of letters that will say that you’re a “Nigerian” or “American” for example. But with algorithms, it is capable of pulling out the true meaning behind these strings of alphabets. These companies are storing the details of the algorithm highly confidential.